The device used to detect the light in a lidar has profound implications for the system performance and capability.  One differentiator is the operating mode of the device, and another is the detector format, either a single pixel or an array of thousands.

A "Linear Mode" detector produces an electrical signal that is linearly proportional to the intensity of the light falling on the detector.  To generate signals strong enough to be reliably detected above the intrinsic detector noise, thousands of photons must be present in a light pulse. Furthermore, the RF circuitry must exhibit low enough noise.

A "Photon-Counting" detector outputs discrete electrical pulses for each photon detected.  The pulses are large enough (often a few volts) so that simple circuitry can record them.  Instead of detector noise one refers to an average "dark count rate"; even in the absence of light, sometimes the detector outputs an electrical pulse.  Lidars built around photon-counting detectors need to detect, on average, only a handful of photons (5-10), and these photons can be distributed across multiple interrogations of the scene.

Lidars built on single pixel detectors are simple and inexpensive.  Indeed, the vast majority of commercial lidars use single pixel detectors.  The limitation is that only a single spot on the ground can be imaged at a time.  Alternatively, modern Geiger-mode sensors use large arrays of detectors, all operating in parallel.  On a single laser pulse, thousands of points on the ground can be interrogated.  While these specialty devices are more expensive, the vastly increased measurement rates allow huge net cost reductions in many applications.

The figure diagrams the photodetector space for direct-detection lidars. 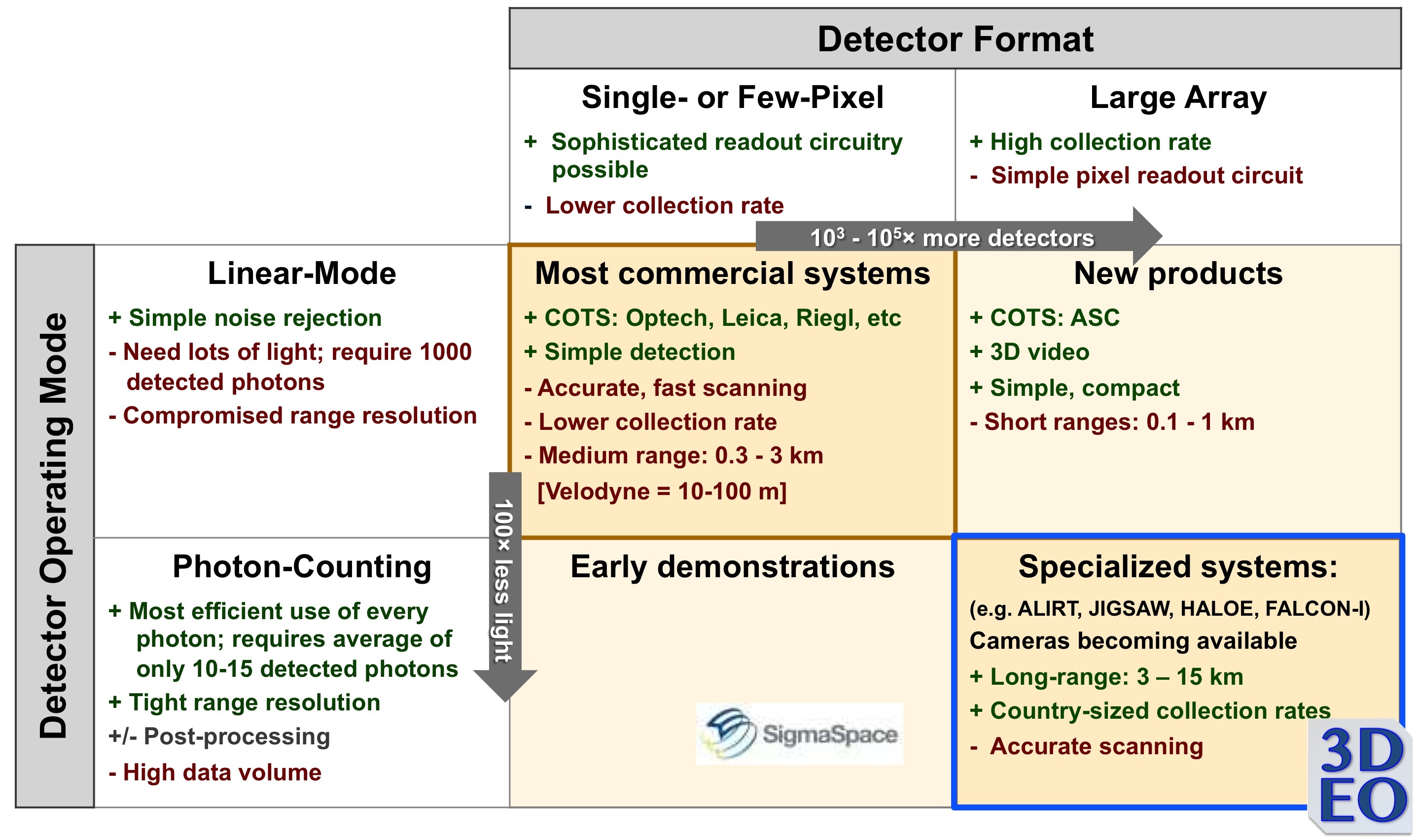 Lidar applications can be differentiated by a) range from sensor to target, and b) required rate at which measurements need to be done.

The figure below indicates where various technologies exist in this space.  The 3DEO® systems exhibit both high measurement rates and long standoff ranges. 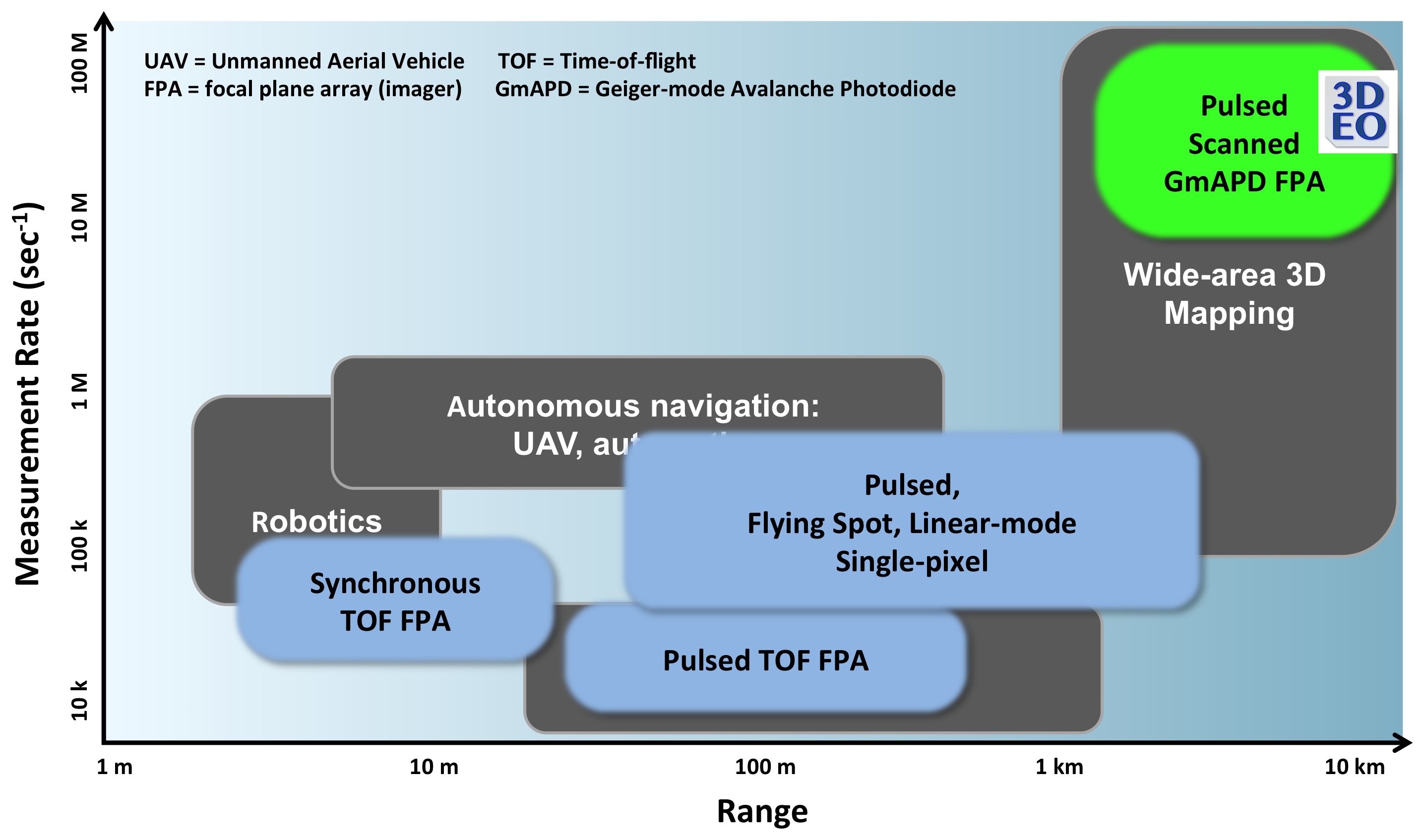